The complete and newly updated [ Ayo Ajewole ] Dele Omo Woli Agba biography ~ net worth, real age, house, wife & comedy” not only that, there are more about this amazing comedian. All the necessary information you would like to know about Dele Omo Woli is  written here. 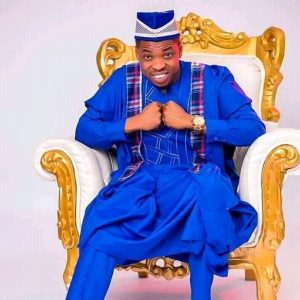 Dele Omo Woli Agba (which real name is Ayo Ajewole) is a popular Yoruba gospel comedian and a singer. He was born on November 20th, in Ibadan Nigeria” and spent most of his childhood in Ibadan, Oyo State.

He is also a philanthropist who derives joy in making people happy and impacting them via his comedy and dances although, he didn’t study anything related to comedy or theatre while in school.

According to Woli Agba in an interview on Gbajumo (popular show for Yoruba actors), he attended primary and secondary schools in Ibadan and proceeded to Leed City University in Ibadan, Oyo State to study Economics.

Yes, he is married to Princess Olaife Ajewole, a lawyer by profession and they have a child already. Just as stated earlier, Woli Agba hailed from Ijeda in Oriade Local Government Area in Ijesa, Osun State Nigeria. He grew up in Ibadan because that was where his parent was based. His real name is Ayobami Ajewole.

According to him, he started acting comedy circa in 2002, then” social media was not in vogue. As soon as social media came, a close friend of him introduced him to Instagram and decided to take his comedies to next level to reach out to more people.

Ayo Ajewole gets inspirations sometimes in the bathroom, while walking down street etc. He has acted and took part in movies too, where they referred to him as; Pastor Johnson, JayJay, Chukwudi Omo Ibadan, Baba Ijo and so on.

He became famous with his elder brother, Femi Ajewole for their joint Christian comedy and dances where he played the role of Woli Agba in Alfa Sule.

He later released Baba Ijo and others with Dele. He is also a confirmed Master of Ceremony (MC) and has a important position in the church but not yet a prophet (as at the time of filing this information) and also loves to sing and dance. When he is not doing any of these, he watches TV programs. Check Out;

He took part in movies such as; O ti Gan pa, Oruka Nla, Alfa Sule just to mention a few. In an interview with Youth Central, he narrated how growing up was hard for him and family because he was not born with a silver spoon. His journey to comedy started when his brother shared a vision of dance drama with him. 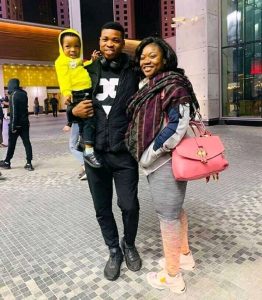 In short, as at 2018 he said, he had already started a comedy school in other to contribute his quotas to helping nurture others. When asked if he is truly a Prophet, he said NO! But by the grace of God, he will soon be.

To get more information about [ Ayo Ajewole ] Dele Omo Woli Agba biography ~ net worth, real age, house, wife. Kindly bookmark this website and visit often, because we will be updating this article from time to time.