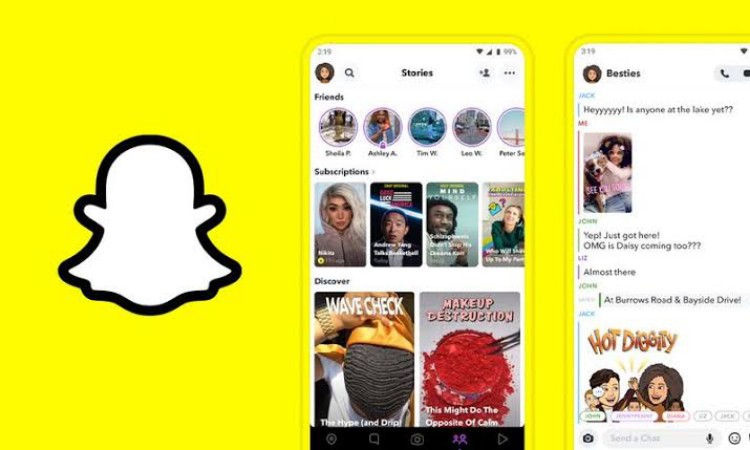 Do you have a Snapchat ban? Here’s what went wrong and how to fix Snapchat device ban instantly. We’ll walk you through and emphasize everything you need to know in this article if Snapchat has banned you.

Because Snapchat doesn’t constantly check for T&C violations, it’s simple to break minor restrictions without even realizing it. You risk being blocked from Snapchat or having your account suspended when the next compliance sweep is scheduled.

It is upsetting to lose access to hundreds or thousands of your images and movies. If you’re wondering how to appeal your suspension or ban, we have a quick fix for you! The good news is that we’ll show you how to unlock your Snapchat account quickly.

Why Did I Get Banned Snapchat?

It’s crucial to understand the cause of your Snapchat device ban before attempting to have it lifted. On the basis of this data, we can ask Snapchat to unban you.

It’s possible that you broke one or more of Snapchat Community Guidelines or Terms and Conditions if you attempted to log in and discovered that your account was locked. There are three categories that can be used to classify the inappropriate behaviors:

How To Fix Snapchat Device

Here’s how to get unbanned from Snapchat via their platform:

You might not be able to unlock your account for a while if you have previously received a notification informing you that your account would be banned for violating rules other than the prohibition on using third-party apps. In that situation, wait for a longer amount of time before trying to start another unlocking procedure. 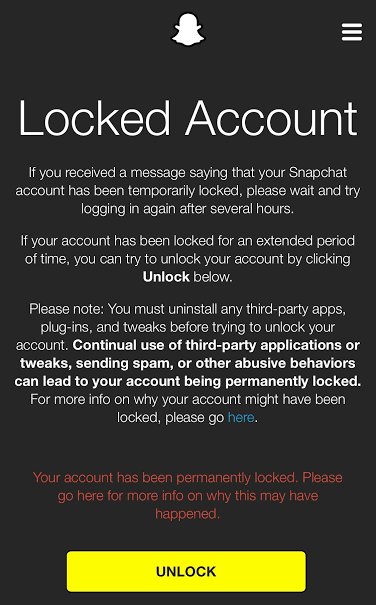 Remember that Snapchat bans are IP-based, so creating a new account won’t let you get around the ban. Your attempts to get around this restriction will simply make it last longer.

You may complain to the Better Business Bureau (BBB) about Snapchat and ask the BBB to assist you in finding a solution.

It costs nothing to lodge a complaint with the Better Business Bureau (BBB). You are only making a complaint to a company that is failing to reply to you or provide you with the necessary information regarding the circumstances surrounding the suspension, locking, and limitation of your account.

To lodge a complaint against Snapchat with the BBB, follow the procedures listed below.

You must now give specifics about your complaint and yourself. You must include details about what happened, your Snapchat usernames, and the day this occurrence happened.

After providing the necessary information, evaluate your complaint and submit it. When BBB receives the data, they will immediately transmit your message to Snapchat.

What Are The Types Of Bans On Snapchat?

On Snapchat, there are primarily 3 categories of bans. Which are:

The ban is just that—temporary, as its name implies. You can try checking back in via the app or on the website by clicking here and selecting “Unlock” if you get a notification stating that your Snapchat account has been temporarily locked.

If your device is banned from Snapchat, you may encounter any of the following problems. You might be able to access your account for 1-2 minutes while attempting to log in to Snapchat using a prohibited device.

You will get a notification that says something to the effect of “Your account has been permanently disabled.” You won’t be able to access your account in this situation.

What would happen if Snapchat Support didn’t respond?

You won’t often receive a response from Snapchat support. You could occasionally just get an automatic answer. But if you use these strategies, your chances of success will increase.

How long does Snapchat Ban last?

A temporary injunction often lasts for 24 hours. However, you may log in using a different phone if your device was banned. If Snapchat has frozen your account, it may be because they have noticed some illegal conduct on your account. To make Snapchat entertaining and secure for everyone, this is done.

How do people get Banned on Snapchat?

Users are not intentionally barred from Snapchat. If you are breaking its rules, you probably won’t be caught for a time unless you are reported.

Large-scale blanket prohibitions are enacted in waves, and if you aren’t acting too erratically, you could even manage to get away with it until the next one. If you halt your violations in between waves, your account won’t be suspended in the subsequent round of restrictions.

Finally, you have the option of complaining to the Better Business Bureau. To accomplish this, you do not need to be in North America. Recognize that the BBB cannot compel Snapchat Support to take any particular action.

Keep in mind that the Better Business Bureau is a non-profit advice group and that it has no control over companies. They are not a part of the government.