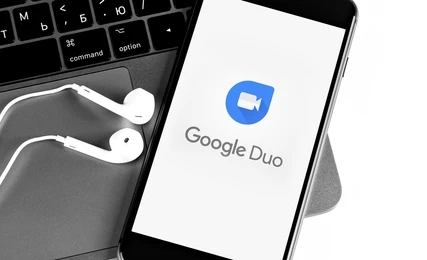 With step by step guide, I will show you how to know if someone blocked you on Google Duo. The truth about Google duo is that’ it doesn’t show you any sign that you have been blocked by someone.

But that doesn’t mean that’ there’s no way to figure out if you have been blocked or not. We have filtered out means to easily dictate if someone have blocked you.

Recall few days ago, we shared a post on how to know if someone is busy on google duo. Today, I will be showing you guys how to tell if someone blocked you on duo.

Though it might be pretty difficult, because there’s no special feature that shows a signal when someone block you on Google duo. But we still have something to say “it’s a sign that shows you have been blocked.

What Is Google Duo App?

Before we proceed to sharing information on how to know if someone blocked you on Google duo, I will first of all brief you guys about the app and its features.

Google Duo is a very unique video chat mobile Application, developed by Google. The app is currently available on iOS, android and PC.

MUST READ – How To Delete Emojis On iPhone

READ NOW – How To Change Number Of Best Friends Snapchat

Google Due lets its users you to make video calls in high definition. It is optimized for low-bandwidth networks. End-to-end encryption is enabled by default.

Duo is based on phone numbers, just like WhatsApp, it allows users to call someone from their contact list. The app switch between Wi-Fi and cellular networks. Very cool and mostly used by people in United States.

How To Know If Someone Blocked You On Google Duo

If you suspect that’ someone isn’t responding to your duo video chat anymore, and think probably the person must have blocked you. Maybe you’re right, or probably wrong.

Remember what I said earlier, Google Duo doesn’t show a signal that you have been blocked by a certain contact. However, you can dictate who blocked you” but under probability’.

Whenever you call someone who’s not active at the moment, duo says “Unavailable“. It also say the same thing if the person have blocked you.

To tell who blocked you on Google duo, it will keep saying “Unavailable“. Hence, it’s the sign you have been blocked by that Duo user.

What Happens If You Block Someone On Google Duo?

Absolutely nothing, yes you heard me right.  Nothing will happen when you block someone on Google duo. You have every right to block toxic people on your Duo list. But the only thing here is that ” the person won’t be able to make video chat with you on duo anymore.

Whenever the person you blocked calls you, it will say “Unavailable‘” which shows that you have blocked the person. However, you can still communicate with the person “if you’re in a Duo group call together.

In conclusion, I hope you have seen how to know if someone blocked you on Google Duo? Remember what I said, if anyone block you on Duo, it will keep saying unavailable whenever you call them. You can also check our similar articles on Google duo by scrolling down to navigate them.