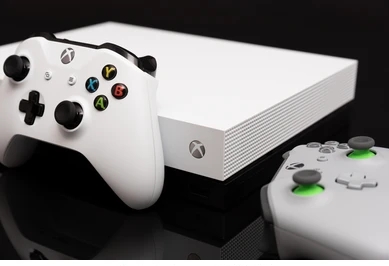 A lot of people have been complaining bitterly about xbox one s turns on then off after few seconds or minutes, while some users said’ it turns off instantly. Well, you have absolutely nothing to worry about anymore, this blog post will properly guide you on how to fix it permanently.

There are just few reasons that may prompt to this unexpected Xbox one turn on and then’ turn off after few seconds. When you find out the reason, then’ it will be much more easier for you to fix it permanently. Hence, I will be pointing out some of the reasons’ before proceeding to share information on how to fix it.

Why Does My Xbox One Turn On Then Off By Itself?

Xbox one isn’t immortal, it’s a technical device and it’s expected to encounter issues at some point. Hence, whenever it turn on and off after some seconds or minutes” then’ it needs nothing but attention. So, below are some of the reasons that can lead to Xbox one turn on and off behavior;

These are main reasons for Xbox One turns on then off after a minute or seconds. Now that you have seen the reasons why your Xbox One keep turning on and off, I will proceed to guide you how to fix it by yourself.

How To Fix Xbox One S Turns ON Then Off Instantly

This is just a minor issue and isn’t something to be worried about,  all you need to do right now is to check your Xbox one and figure out what prompt to that and follow these guide to resolve it.

Check if your system console is out of date and upgrade to the latest version, this will automatically stop your Xbox one from turning on and off by itself.

And also ensure that you check it often, more especially whenever you encounter such error. But if that’s not the problem, you go ahead and check other reasons listed here and follow our tutorial on how to resolve it by yourself.

Have you checked if your power outlet or cord is bad or spoiled? This could be one of the reasons your Xbox one is turning on and off after 30 seconds.

It happen often, you might think it’s from your Xbox one” not knowing that’ it’s actually as a result of spoiled cord or power outlet.  You can try using another outlet and power cord, if that’s the issue’ it will stop instantly.

If you enabled  Instant-on mode feature, you are likely to face the issue of turning on and off by itself. Because, this feature don’t completely shut down Xbox one” rather it enters low power mode. You can disable it by following these guide;

What you will do right now, is to test the controller. For instance, romove the batteries for awhile and  reinstall it to see how it goes.

Also make sure that none your controller button is stuck down. If it’s an issue you can’t fix, walk-around to find any nearby shop to repair it or replace it’ if it’s beyond repair.

I will be rounding off here, and I believe you have learnt how to fix xbox one s turns on then off Instantly or after some minutes? Feel free to use the comment box below to reach out to us, if you have any question and don’t forget to refer to our related articles for more Xbox one guide.